Originally from San Diego, Sarah received a B.A. in Anthropology and Geography from U.C. Berkeley and a J.D. from U.C. Berkeley School of Law. After graduating from law school, Sarah moved to Anchorage, Alaska where she clerked for both the Superior and Appellate Courts of Alaska and practiced criminal defense for seven years. Eight years ago, Sarah, her husband, and her two boys moved first to Ojai, and then to Santa Barbara where they’d fallen in love with all the city has to offer, especially the Museum of Natural History.

Since moving to Santa Barbara, Sarah has served as an Interim Executive Director for a small rare disease non-profit called RUNX1 Research Program, performed contract legal work, and now helps support local nonprofits with meeting facilitation and program evaluation. She currently sits on the board of the Ojai Valley Land Conservancy (OVLC) and previously served on the board of Secure Beginnings and Oak Grove School. For the past five years Sarah has co-directed the Telluride MountainFilm Festival in Ojai, a fundraising and membership recruitment event for OVLC which has grown to over 2,000 annual attendees. 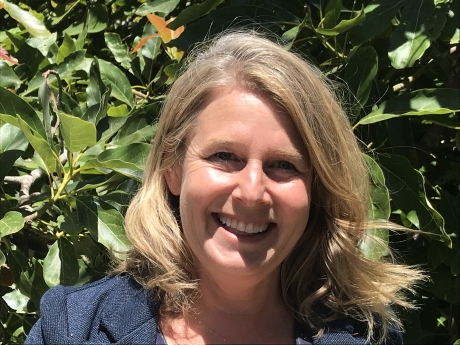