The Museum’s collection of more than 5,000 engravings and lithographs represent a sampling of European and American natural history illustrations from the seventeenth to nineteenth centuries. Originally intended for scientific identification, as printing methods improved and more artists were involved, these prints became sought after for their intrinsic beauty, a blend of art and science.

Many of the prints in our collections were made during an era in which the world’s flora and fauna were being formally described by scientists for the first time. As European voyages of exploration traveled to lands beyond the boundaries of their knowledge, naturalists and artists collected and recorded their findings, bringing back vast collections of plants and animals. Artists' drawings were engraved onto copper plates or printed on lithographic stones and published in multiples for an audience eager to learn about the natural wonders of the New World. The resulting works reveal fascinating intersections of nature, history, science, and art. 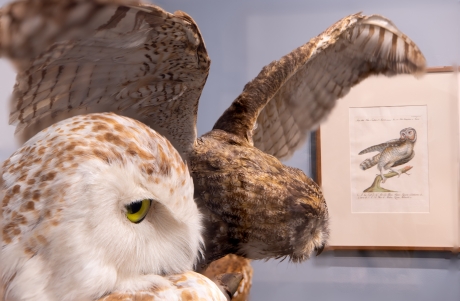