By Michael A. Glassow (Editor)

The Goleta Slough was once a much larger estuary, offering abundant natural resources to the people who fished, hunted, foraged, and traded there. The collected chapters of this monograph by various anthropologists share information about the long history of human settlement along the margins of the Goleta Slough, including the Chumash village known as Helo' established on the hill between Goleta Beach and what is now the Santa Barbara airport. Helo' was one of several large Chumash towns in the Goleta Valley, which may have been one of the most densely inhabited zones in aboriginal California. Chapter 2, by Curator of Anthropology John R. Johnson, Ph.D., provides an up-to-date summary of native society and Chumash history in the Goleta Valley following European contact. 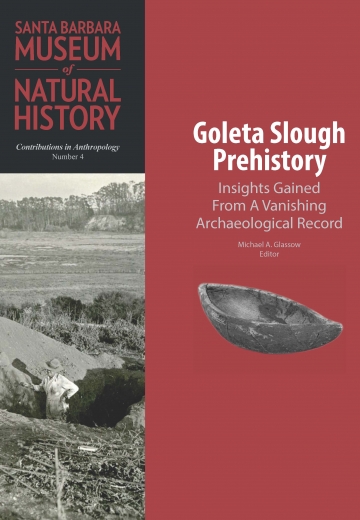