For many of us, the compulsion to collect starts in childhood as a form of play. But things can get serious fast. My father-in-law David Byers remembers: “As a kid, I used to come home with my pockets full of rocks.” By the time he was 20, he had started collecting for real, informed by an undergraduate education in geology. He didn’t stop until 1,200 specimens later, a number he assures me isn’t actually that large by private mineral collection standards!

We asked David about motivating criteria. “Perfection” was paramount; he wanted undamaged and uncut natural crystals. He became a regular at the world’s largest and most prestigious gem and mineral show: during 45 years, he missed the mineral-lover’s annual pilgrimage to Tucson only three times.

He once picked up a Brazilian aquamarine crystal from a dealer in New York: 13.5 inches long, 3 inches across, blue at one end and green at the other, with both terminations (ends) intact. He exhibited it at Tucson, but was horrified that “everybody who looked at it wanted to cut it up and facet it.” Preserving the natural form matters a lot to David. “There are plenty of partial crystals and shards of minerals,” he argues. “You want to cut a stone? Cut it out of shards, don’t ruin a magnificent crystal.”

His appreciation of the natural form gives you a clue to what happened to David’s beautiful specimens when his collecting days came to an end. He donated most of them to a lucky handful of museums around the country, including our own. Curators appreciate the classic shapes and unique forms he preserved intact as examples of chemistry’s hidden magic. 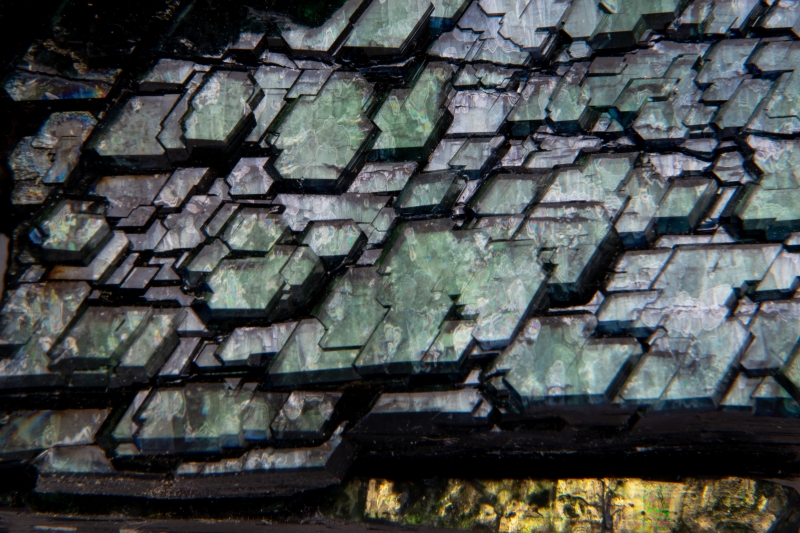 If you come see our summer exhibit Rare Earth, you’ll understand what I mean. Director of Exhibits Frank Hein, M.S., and Dibblee Curator of Earth Science Jonathan Hoffman, Ph.D., have selected an extraordinary variety of minerals to illustrate the wide array of natural masterpieces hidden in the earth. A few come from David’s donations to our Earth Science Collections. Look for the vivianite near the exhibit’s entrance to see a classic example of this strange-looking mineral that gets its green color from iron oxidizing upon exposure to light.

Different minerals have distinctive ways of crystalizing into shapes known as habits. Tiny variations in the surrounding conditions can trigger big changes in the resulting habit, color, and size. Mineral experts learn to discern the fingerprints of particular mines around the globe. “Bolivia is home to a famous mine that produced large vivianite crystals like David’s,” explains Dr. Hoffman. “Crystals of that size are rare, especially since the mine that produced them is now flooded.” Hoffman says there’s another vivianite specimen in our collection that’s “very different, like a little fuzzball.” Compared side-by-side, they’re quite an illustration of the crystal variety found between specimens of a single mineral. 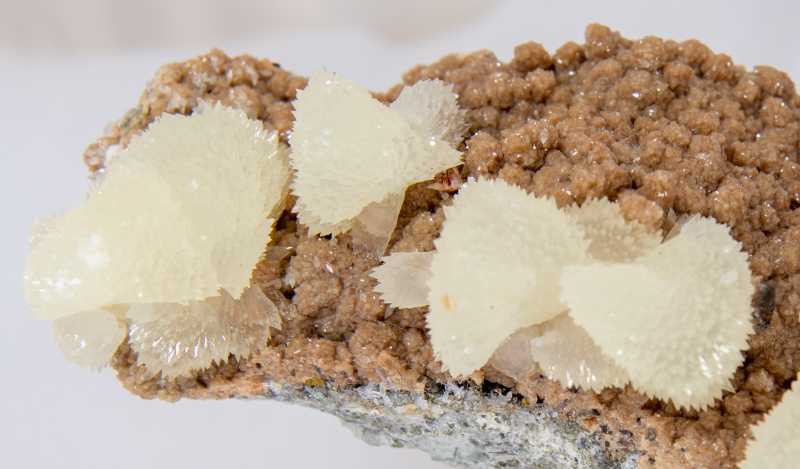 A closer view of David’s calcite on dolomite

One of the Rare Earth displays shows the different habits of calcite. On David’s fun calcite-on-dolomite ensemble piece, “the calcite crystals look like little hairy fruits,” says Hoffman. They form a striking contrast not only to the nubbly dolomite crystals on which they grew, but to other forms of calcite. “This is a really great example of how a crystal habit can go awry, so to speak, and come up with all these interesting shapes.” The more you know about how these shapes were created, the more your curiosity turns to awe. As David says, your perception of their value increases “when you understand from a chemistry standpoint how long they took to form. They had to lie there in what was in some cases a geologically active area, yet they were preserved. It’s nature’s magic.” 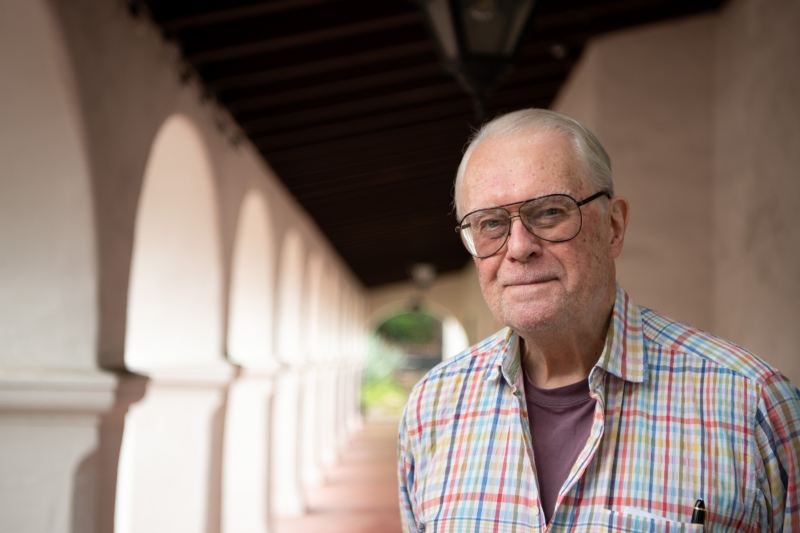 David is no stranger to these halls; before the pandemic he was an Eyes in the Sky volunteer and helped us organize the Nature Collection lending library.

The variety of shapes and colors exhibited by minerals around the world excited David’s interest as an artist as well as a geology buff. Now retired, he has behind him a career in high-end textile design and many hours spent pursuing practical arts at the loom and at the woodworking bench, as well as in silversmithing, copper enameling, and glass fusing. His acute sense of design and color served him just as well in mineral collecting as in art. When it came to minerals, David says, “I always considered what I was collecting to be nature’s artwork.”

“Collecting these minerals gave me great joy,” he says. Likewise, it gives us great joy to share them with all our guests. I invite you to come visit Rare Earth and experience the extraordinary sampler of nature’s artwork on display through September 5.