It seems that 2021 is going to be a good year for astronomy around the world: Three new probes arrived at Mars and an asteroid is making headlines.

Apophis (the Egyptian deity of chaos) is an asteroid classified as a Potentially Hazardous Asteroid (PHA). These are asteroids that can make close approaches to Earth and could cause significant regional damage in the event of impact.

Apophis has a diameter of approximately 300 meters—which is bigger than your average football stadium—and it is travelling fast. Imagine an entire football stadium, packed to the brim with rocks and metal, racing towards you at more than 60,000 miles per hour. Ay, ay, ay!

Last weekend, on February 21, Apophis passed exactly in front of a known star and blocked our view of that star for a few moments. By measuring the duration of this occultation (interruption of the light) from different places on Earth, we were able to acquire more information about this god of chaos. By the way, these observations were done by many amateur astronomers with their own common telescopes around the world.

At this point you may be asking “What is so important about this asteroid?” Well, allow me to tell you: by 2006, Apophis was considered the most dangerous of all PHAs. Since then, its path has been calculated more precisely, and today we know there is a very, very small probability that it could impact Earth. It is not zero, but it is very, very small. No need to call the Avengers.

By 2029, Apophis will reach its closest approach to our planet; it will be only about 20,000 miles from our coastal home. It will be closer to us than some orbiting satellites, again, ay, ay, ay! Maybe have the Avengers on speed dial, just in case. 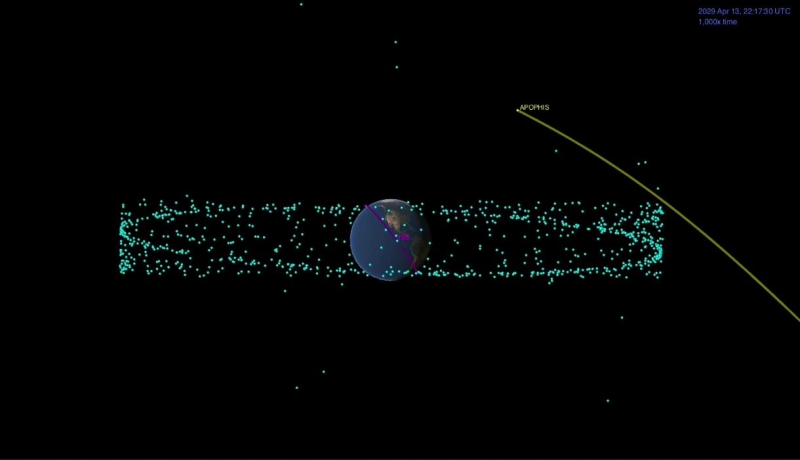 Now for some good news.

Last week three different countries successfully reached planet Mars with a probe. The United Arab Emirates became the latest entity to successfully place a probe in orbit around another celestial object; its Hope spacecraft will be orbiting planet Mars while studying in detail the Martian atmosphere and climate.

The Chinese Tianwen-1 probe is already orbiting Mars and will attempt to land a probe that will collect rock and regolith (soil) samples that are planned to be returned to Earth in a subsequent mission.

Finally, NASA landed the Perseverance rover on Mars that will continue the search for life on the red planet. 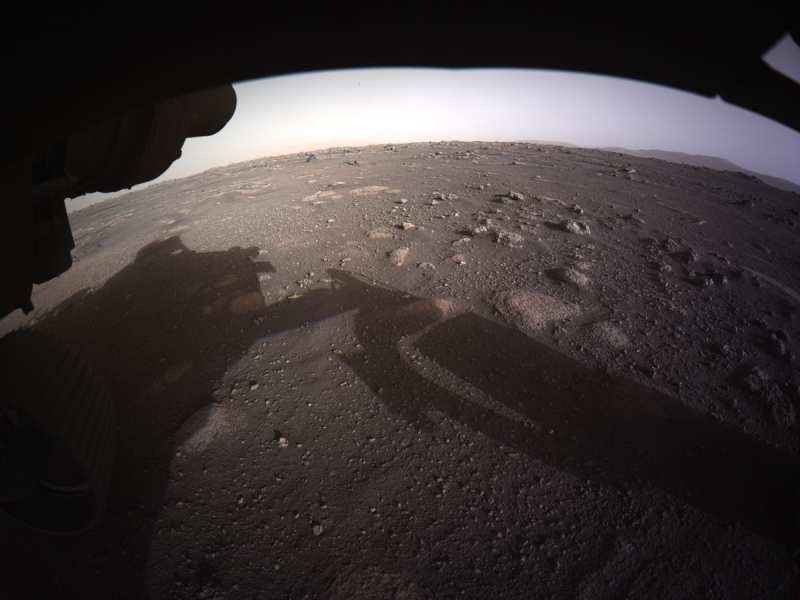 A new probe on Mars may not sound as exciting as previous missions except for the fact that this mission includes…a helicopter. If successful, the Ingenuity helicopter will be the first device to fly over the surface of the planet (other flying devices have landed on Mars, but have not subsequently flown over it). As its name implies, Ingenuity is really a prodigy of engineering.

In space, where there is no air and no friction, spaceships fly by shooting something really fast in one direction so they can move in the other direction.

Within an atmosphere (with air and friction), you either use a balloon filled with some gas lighter than air or you devise some means of creating different airflows (different speeds) around your wings. Birds, insects, and planes do the latter. In particular, airplanes are able to create lift by making the air flow faster above the wing than under the wing. The wing shape that encourages this is called an airfoil. Helicopters also use the same principle; the blades of a chopper are also airfoils.

Both these flying ships need air.

Even though Mars does have an atmosphere, the Martian atmosphere is closer to empty space than to Earth’s atmosphere. Because of this, in order to achieve flight, Ingenuity must spin its blades much, much faster (2,400 rotations per minute) than a regular helicopter on Earth (500 rpm).

Ingenuity will be completely independent during its short flights and it will charge itself with solar panels while battling temperatures that may drop to about -90° F. And all this in a package that weighs less than 4 lbs. on Earth and about 1.5 lbs. on Mars. In your face, Wilbur and Orville!

Javier Rivera served as the Museum’s astronomy programs manager for 15 years and is an active collaborator with the Santa Barbara Astronomical Unit. 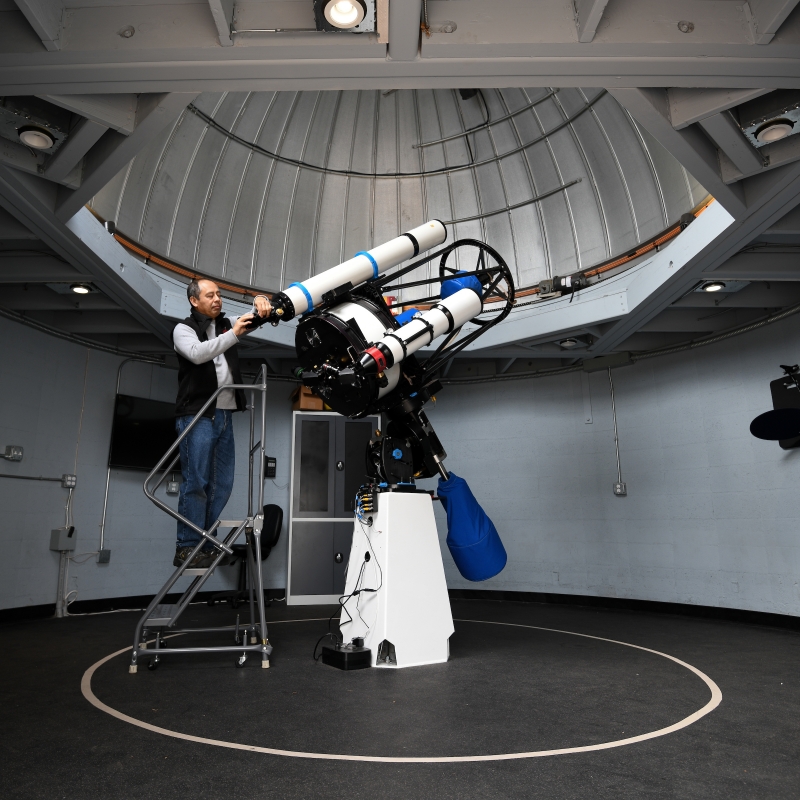 Above: the author in the Palmer Observatory. Image at top of page: a panorama of Mars by Perseverance. NASA/JPL-Caltech

Beneath a Wild Sky: Stories of America's...