How do you build a collection? Slowly, and with patience. The Museum’s research collections are built in many ways, and usually over many years. They start small and grow through the collecting efforts and encouragement by generations of curators, donations from private collectors, from other museums, and the public who bring in something interesting or important. If well cared for and made accessible, they can become significant to our understanding of the natural world we live in.

The Museum’s current Lepidoptera (butterflies and moths) collection started with a few cabinets salvaged from a fire in 1962. Sandy Russell volunteered as a docent in 1999 when she and her husband Paul moved to Santa Barbara. Eric Hochberg, Ph.D., a curator in the Department of Invertebrate Zoology at that time, suggested that she also come work on the long-neglected insect collection. She has been tending the collection and adding specimens ever since. The addition of the Schlinger Chair of Entomology in 2001 has been a game-changer since it signaled a long-term commitment to insects by the Museum. Since that time the collection has grown manyfold through donations from Tom Dimock, Ken Denton, Ed Pfeiler, and others. John Carson donated specimens and a significant bequest. 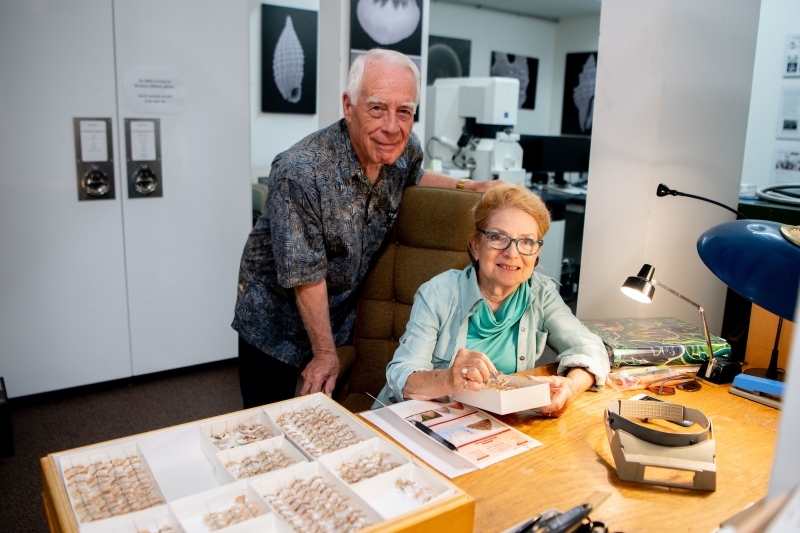 Now a major gift from Paul and Sandy Russell, longtime Museum volunteers and patrons, is taking it to a new level. The Russell Collection more than doubles the size of the Museum’s Lepidoptera holdings. It includes over 50,000 specimens housed in about 500 drawers, amassed over 50 years in North America, mostly from the West, and particularly from the South Coast area. The largest segment is moths collected by light trap year-round for more than 30 years at their homes in Malibu and Santa Barbara. The comprehensiveness of this collection makes it particularly valuable toward a full understanding of our local moth fauna. It also provides a unique record over time and seasons of the local fauna, and a reference point for comparing future changes from climate change, drought, wildfire, and other calamities. Moths are much less collected and known than butterflies, even though they are 10 times more numerous and diverse. Who knew there could be 900 different species of moths from a single location in the Santa Barbara foothills?

The transfer of the Russell Collection accelerated four years ago, and now the rest has been donated, along with funding to assure the care and encourage the research use of this collection. The butterflies have already been integrated into the Museum collection. The moths are coming in on a weekly basis as the Russells combine their collection with existing Museum holdings, and reorganize and curate all of it to conform to the most recent taxonomic thinking. The Russells also have an extensive collection from South America and other continents, which are being donated to the Peabody Museum at Yale University. 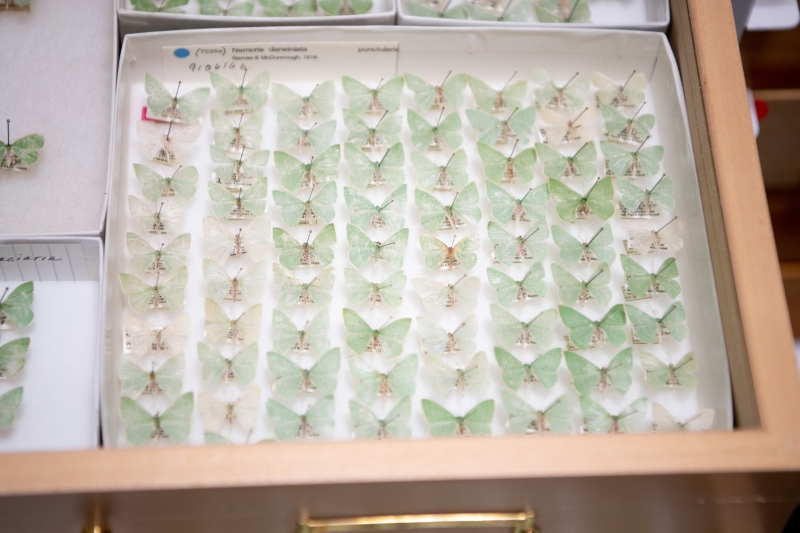 Lepidoptera (butterflies and moths) have long been important in our Museum exhibits, even more so since the Butterfly Pavilion opened. They have been important to education through classes and camps. A child gains a new perspective when holding a wriggling caterpillar in their hand. Sandy Russell has been supplying live insects and other critters to Museum camps and classes for many years.

Schlinger Chair & Curator of Entomology Matthew Gimmel, Ph.D., is immensely grateful that the Russells are giving not only their specimens, but the time and expertise to ensure those specimens are perfectly integrated into our collections: “From a curatorial perspective, what they’re doing here now is amazing, and that example should be followed by other donors.”

The Russells believe that donors don’t have to die before contributing to the Museum, and it is much more satisfying to see one’s collection properly cared for, used, and integrated into the Museum’s mission. As Dr. Gimmel summarizes, “They’re doing it early, they’re working on it actively, and they’re financially planning for its future.” 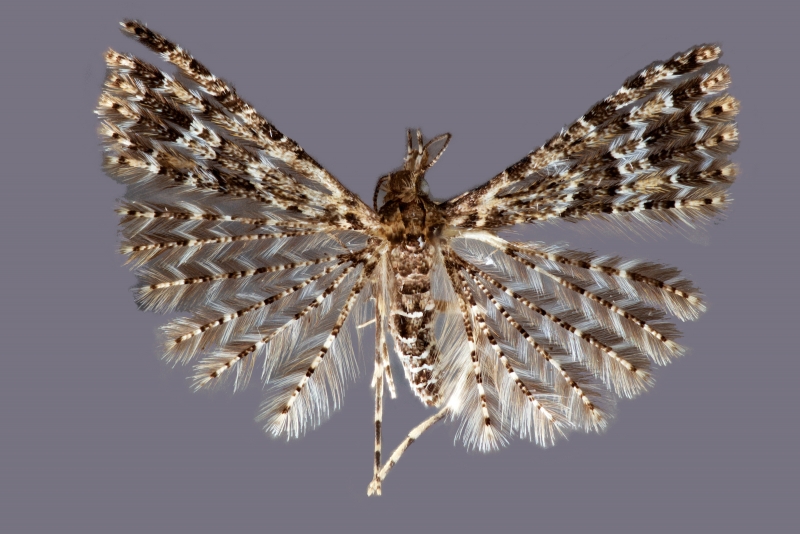 The Museum is grateful to the Russells for their incredibly generous and scientifically significant gift. We are honored to be caretakers of their collection and look forward to learning from the research they will support.