Entomology, the study of insects, is an important focus of the Museum's collections and research program. Our entomology program is largely focused on regional biodiversity. The Entomology Collection contains over 350,000 prepared specimens (including both insects and arachnids) and is constantly growing to improve regional representation. Many elements of the collection are databased to permit local citizens and biologists to browse the data online. Discover over 113,000 of our collection objects through the ecdysis portal, which aggregates collection data from a large number of entomology collections, with an emphasis on North America.

The collection focuses primarily on the Santa Barbara region, including important holdings from the California Channel Islands. Representation is very strong from the Transverse Ranges, including the mountains of Santa Barbara, Ventura, Kern, Los Angeles, San Bernardino, and Riverside Counties. Desert areas to the east are also well represented, as is the southern Sierra Nevada. The collection is very strong in California beetles (Coleoptera), moths and butterflies (Lepidoptera), and parasitic wasps (Hymenoptera). 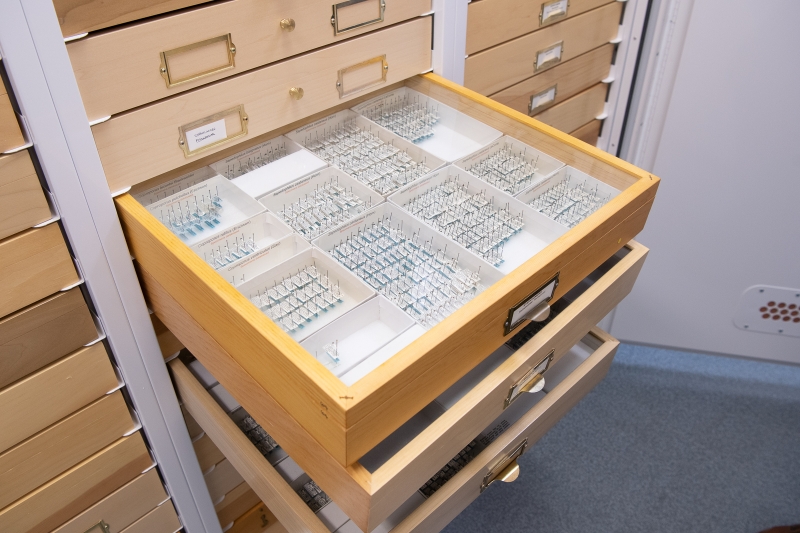 The dry collection is housed in modern metal cabinets, in Cornell-style drawers, and is mostly sorted to the family level. The collection holds about 20 primary types, described as a result of California beetle surveys, housed separately from the remainder of the collection. The collection includes a sizeable wet component, including bulk trapping residues from which beetles have been extracted. There is very good representation of regional spiders and other arachnids, and substantial collections of aquatic insects and beetle larvae. The frozen specimen collection contains specimens available for molecular systematic studies. For the most part this collection is focused on beetles peculiar to California, but donations of other material will be considered. 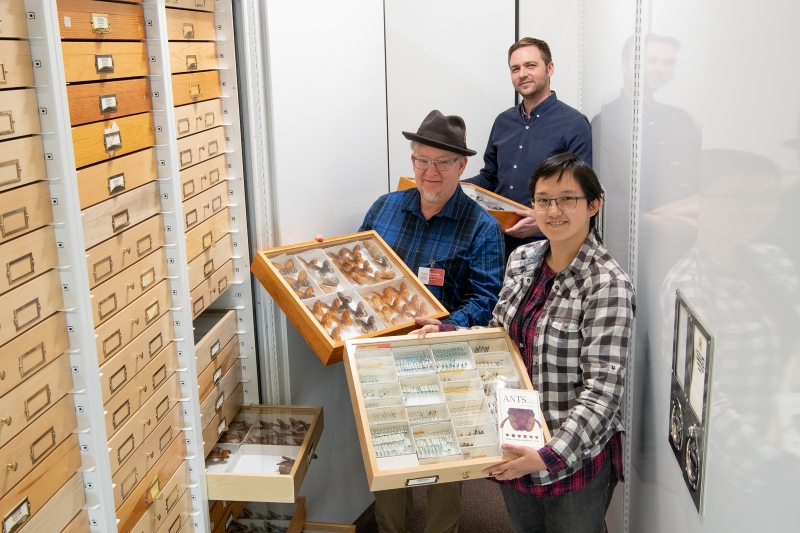 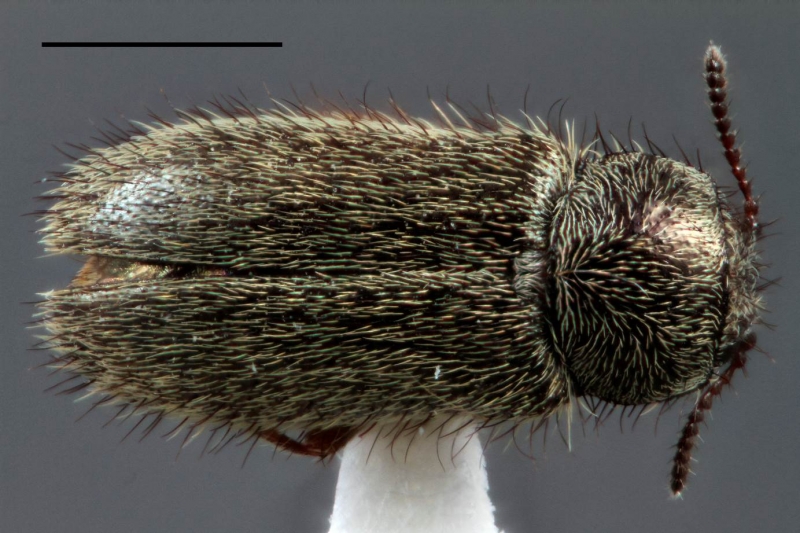 Beetles (Coleoptera) have received special attention from our staff. Based on the research efforts of former Schlinger Chair and Curator of Entomology Michael Caterino, Ph.D., and his successor Dr. Gimmel, the state’s beetle fauna is recorded to comprise 7,876 described species (as of October 2019). Not only are previously unrecorded species being regularly added to this list, but new species are being discovered and described regularly. An online database of SBMNH beetle specimen records is now available through the ecdysis portal, allowing mapping of distributions alongside collection data from other museums. Over 1,000 species have now been photographed and may be viewed online through this portal.

Recent collection growth has resulted primarily from regional surveys conducted through the California Beetle Project, developed and led by Dr. Caterino and continued at a reduced but sustained level by Dr. Gimmel. The California Beetle Project page is no longer updated: specimen data have been migrated to ecdysis and an updated resource based on the project’s literature component is forthcoming.

These collections are currently being incorporated into our main collection of Lepidoptera.

As for the general collection, it has grown significantly through the incorporation of bulk trapping residues from which beetles have been extracted. This includes samples from Malaise, Lindgren, pitfall, and flight interception trapping, as well as extensive litter sifting, and they are full of other interesting arthropods awaiting further study. 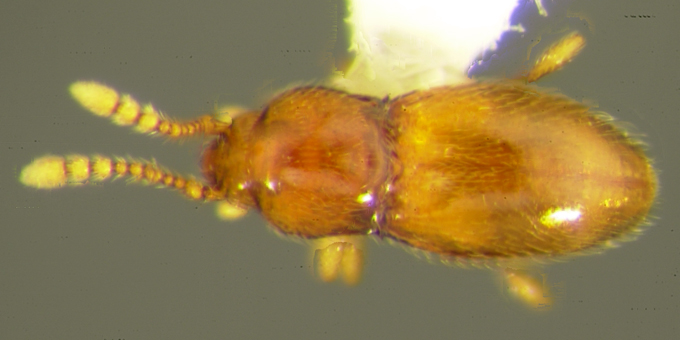 The insect fauna of the Santa Barbara region, as true for California in general, is rich and surprisingly poorly known. Collecting by Museum staff over the years has already turned up numerous species of insects not previously known from our area, including several species new to science.

The above species were described in the following papers:

Tishechkin, A.K. and M.S. Caterino. 2009. A new North American genus of the Hetaeriinae (Coleoptera: Histeridae), with descriptions of six new species from U.S.A. and Mexico. Zootaxa, 2311: 1-18. 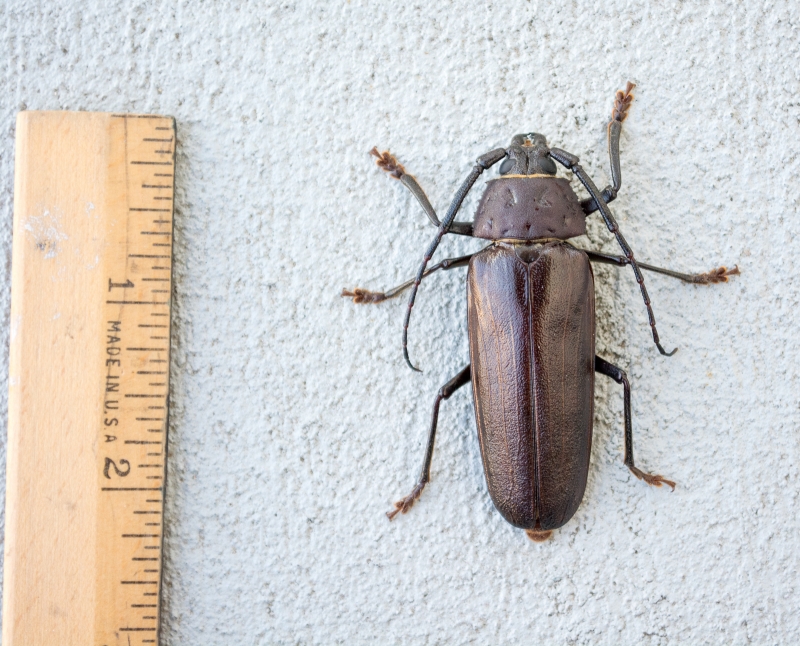 We are interested in promoting appreciation and understanding of local insects and are always available for public inquiries. It is our policy not to answer ID questions without any specimen or photo. We have thousands of species of insects in our area, and most are too small and anatomically complex for a layperson’s description to be meaningful. Identifications may take a few days, but if a good specimen or high quality photograph can be provided, we can usually offer some information.

For insect or arachnid identification requests, please submit your information to Ask a Curator or contact Dr. Gimmel at mgimmel@sbnature2.org. Be sure to include a photo, an indication of the animal’s size, and information about where and when it was observed. 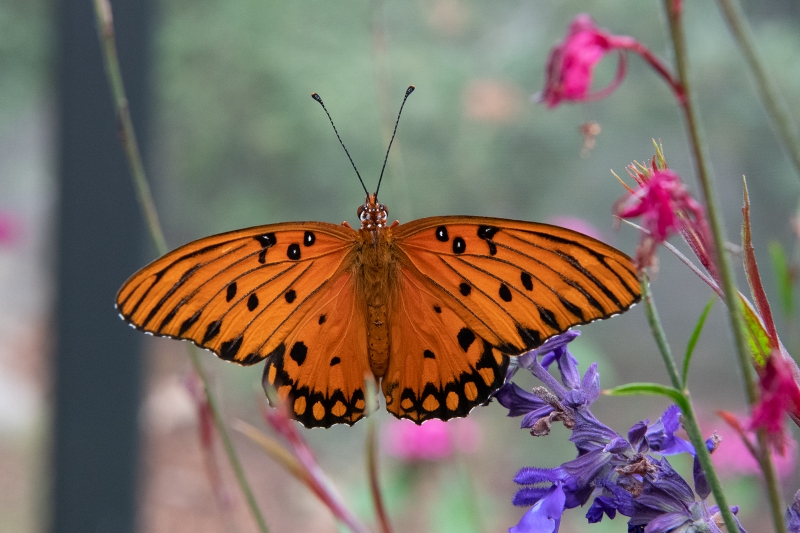 For common questions about butterflies in the Santa Barbara area, see our Central Coast Butterfly FAQ.

Our Museum specializes in preservation of dead specimens and does not possess expertise in raising butterflies and other insects. For our magnificent Butterflies Alive! exhibit in the Sprague Butterfly Pavilion, all butterflies are sent to us from farms as pupae. To learn more about this exhibit, check out our video series Butterfly Magic Window. If you have questions about raising live butterflies or other insects, the Butterfly Fun Facts site is a good place to start.

Questions about the Museum’s recurring exhibit Butterflies Alive! should be directed to other departments. For general inquiries, contact info@sbnature2.org. For press information, contact Director of Marketing and Communications Briana Sapp Tivey at bsapptivey@sbnature2.org. 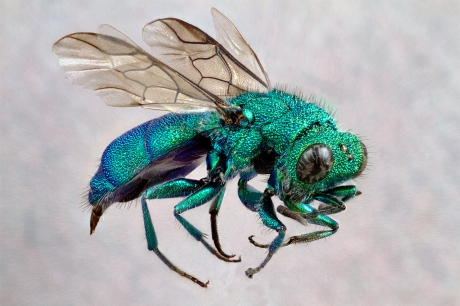