Geology, Paleontology, and Marine Science of the Santa Barbara region.

Dive down into our Marine Science exhibits, and look up to see a giant squid floating above you! In this hall, you can see many of the same species found at the Sea Center on Stearns Wharf. Here at the Museum, they’re shown in dioramas that reveal how they live in their natural habitats. Explore the pier pilings, kelp forest, intertidal zone, rocky reef, and sandy beach. See how many animals you can spot and recognize! Get to know some of our local fish, sharks, and rays. Our invertebrate exhibits showcase the diversity of weird and wonderful marine animals without backbones.

Marine Sciences is an excellent place for local tide-poolers, beach-walkers, and divers to build their skill at identifying local animals and anticipating where they will be found.

When you stand in the shadow of the giant three-dimensional map of the Santa Barbara Channel, you’ll see how the northern Channel Islands were clearly all one big superisland during the low sea levels of the last ice age. Step into Earth Sciences to meet the Channel Islands Pygmy Mammoth (Mammuthus exilis), which evolved on that big superisland after its ancestors intrepidly swam the then-short distance from the mainland.

The centerpiece of Earth Sciences is a life-size replica of the dig site where paleontologists uncovered the most complete Mammuthus exilis yet found on the Channel Islands. The surrounding exhibits feature other fossils, mostly from our region, notably including parts of the Moorpark mammoth discovered in 2005. Most of that discovery is behind the scenes in our Collections & Research Center, but here at the Museum you can see the bones of the lower hind leg and foot, a vertebra, and the giant upper molar. That tooth is much like the molar of mammoths’ close relatives: modern-day elephants.

Although our region was underwater during the Age of Reptiles and dinosaurs have not been found locally, there’s even a dinosaur in this hall just for fun, Nanosaurus agilis! 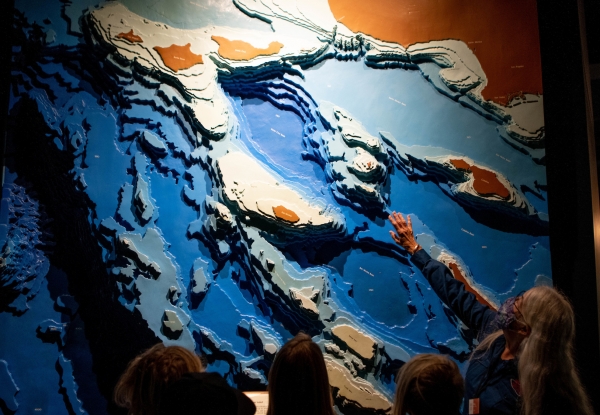 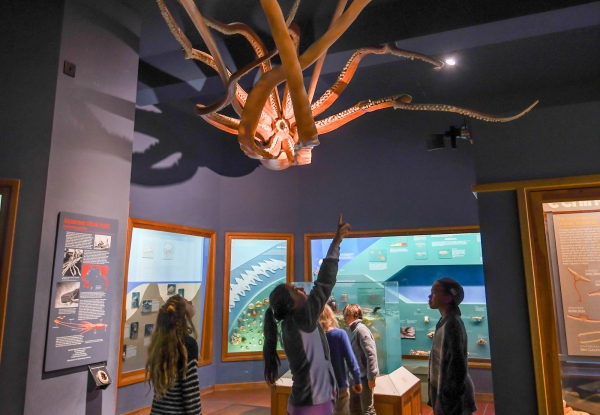 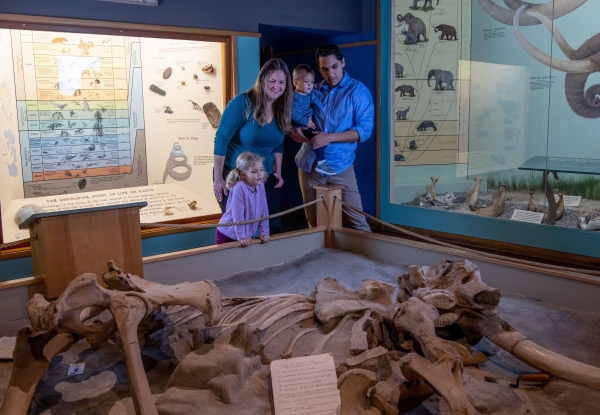 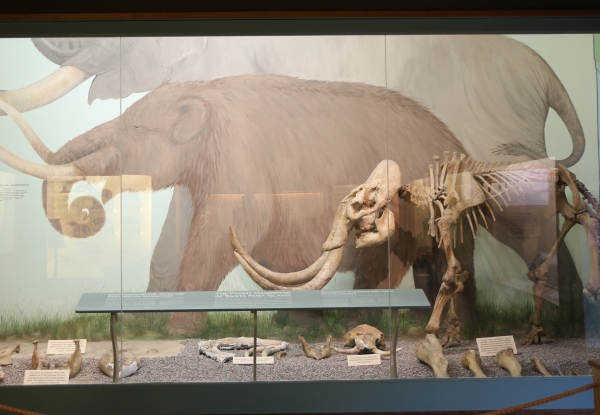