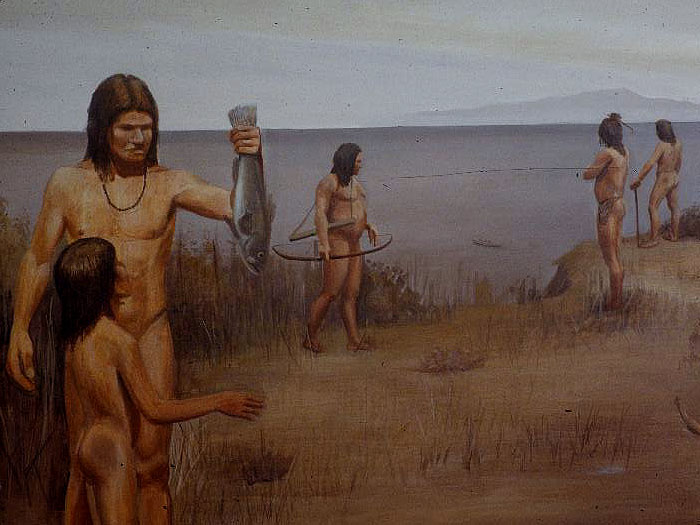 The Chumash Indian homeland lies along the coast of California, between Malibu and Paso Robles, as well as on the Northern Channel Islands. Before the Mission Period, the Chumash lived in 150 independent towns and villages with a total population of at least 25,000 people. In different parts of the region, people spoke six different but related languages.

The area was first settled at least 13,000 years ago. Over time, the population increased and the people adapted their lifeways to the local environment. Villages along the coastline, on the islands and in the interior had access to different resources, which they traded with one another.

This trade was made possible in part by the seagoing plank canoe, or tomol, which was invented by 1,500 years ago. In addition to the plank canoe, the Chumash are known for their fine basketry, their mysterious cave paintings and their bead money made from shells.

Today, there are still many people who can trace their ancestry back to these historic Chumash communities. Now you can learn more about how the Chumash people once lived, what customs they practiced, how they made money and what kinds of food they ate. 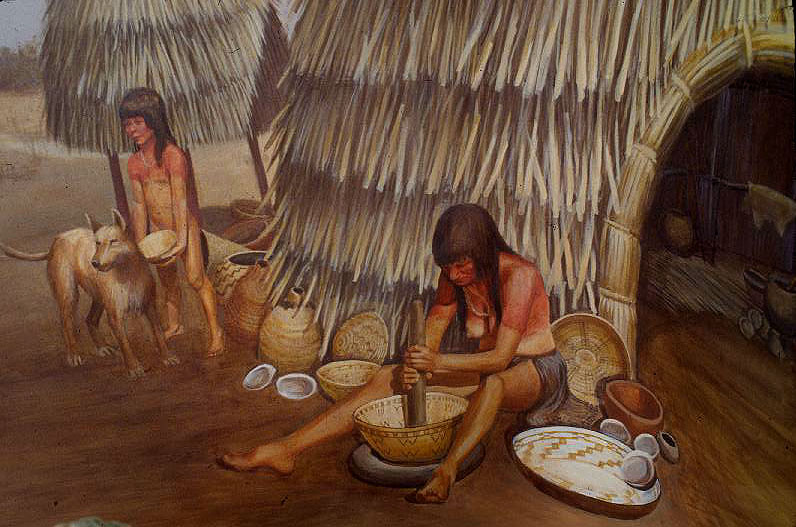 Chumash life was centered around their town and village.

At one time there were hundreds of separate Chumash settlements here in Santa Barbara. Some villages were as large as towns while others were quite small. The villages were constructed on high ground near lagoons, creek mouths, lakes, or springs. The largest towns were built along the mainland coast near the Santa Barbara Channel. Some other Indian people had similar customs, but no other Native Americans lived in exactly the same way as the Chumash people. Their invention and use of the plank canoe, their extraordinary baskets, tools and bead making, their customs and beliefs, and their craftmanship are what make the Chumash Indians unique.

Each Chumash family lived in a house called an 'ap. A village would have many such dwellings. At least one large ceremonial sweathouse, or 'apa'yɨk, was built in every village, too.

Each village had a playground: a smooth level area big enough to play outdoor games such as shinny, kick ball and the hoop-and-pole game. Another area in the village was a ceremonial dance ground surrounded by a high fence of tule mats to serve as a wind break. Inside was the siliyɨk or sacred enclosure, a semi-circular area, enclosed for privacy, where priests and shamans conducted religious rituals.

This website includes information about the Chumash people's daily lives, as well as resources archived by the Santa Barbara Museum of Natural History. Visit the Museum and experience the Chumash people, "the ones who make shell bead money."